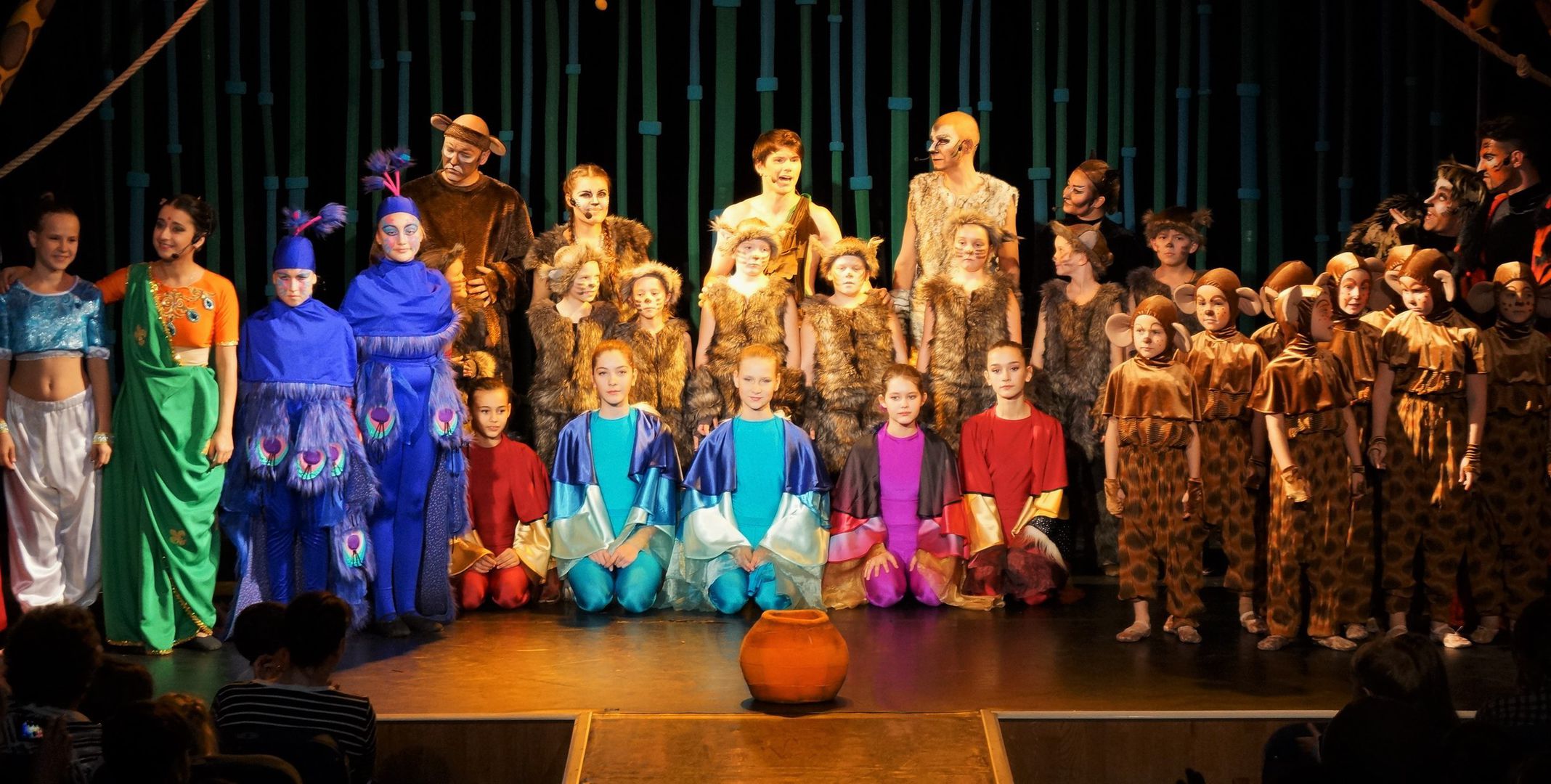 Music Hall Children's Studio is the first musicals school in Russia, which has been running in St.Petersburg State Music Hall Theatre since April 1987.
The creator of Music Hall Theatre – People’s Artist of Russia Ilya Rahlin – staged the first performance for children Aybolit from the Zverinskaya Street. Upon graduating from the Children’s Studio young artists entered arts higher education institutions and returned to the theatre as young specialists.
Nowadays all activities of the Studio are conducted under the patronage of Music Hall Theatre director Julia Strizhak and Artistic Director Fabio Mastrangelo. Several departments function within the studio. One of the most popular is the dance department, where children master the basics of choreography and learn classic dance. Vocal department teaches children solo, choir and ensemble singing. It is important to note that thanks to singing classes children develop their voice and ear for music, increase endurance of their vocal cords. Great emphasis in Children’s Studio is placed on acting, stage speech, as well as stage practice. These areas are directly related to modern children’s musicals and theatric activity of Music Hall.
Within the studio professional theatre masters pass on their skills to the young generation, thus opening the way to the big stage for them. Classes at the studio are a great way for the young actors to reveal their music skills, develop their art of movement, master acting skills.
Currently you have a chance to watch combined performance of Music Hall Theatre and Children’s Studio – Mowgli – at the Small Stage of the theatre.