The festival opening took place on July 12, the Feast of Saints Peter and Paul, in the heart of St.Petersburg, at the Cathedral Square of the Peter and Paul Fortress. 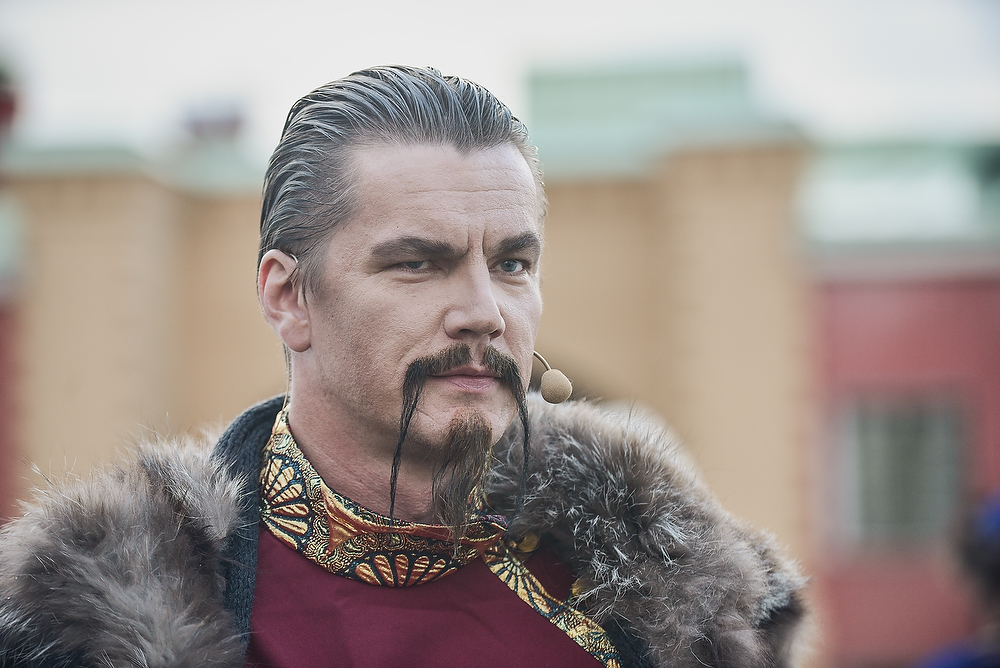 On that day great opera by Alexander Borodin «Prince Igor» was performed.

«Prince Igor» unlike many other operas of the Russian repertoire, demonstrates essential characteristics of classical Russian culture: connection with the country’s ancient times, leaning on national musical tradition and its development.

The plot of the opera is based on the monument of the Ancient Russian scripts «The Tale of Igor's Campaign».  Music is bright and memorable, and «Prince Igor» surpasses many other operas of the Russian repertoire by the number of “hits”, such as Prince’s aria, Galitsky’s song and the Polovtsian dances among others. Moreover, the masterpiece of Borodin is a remarkable example of peculiar composer unity – a typical cultural phenomenon of Russian life of the second half of XIX century, when the strength of national culture was seen in combining creative energies of many artists. Thus, creation of an opera based on the plot of «Prince Igor» was inspired by V. Stasov, while N. Rimsky-Korsakov and A. Glazunov made an orchestration, and an overture was written from memory by A. Glazunov as well.

In 2016 the festival successfully continued the tradition of staging opera performances against the background of architectural masterpieces of the suburbs of St.Petersburg.  On July 16 during the year of celebrating the 250th anniversary of the Gatchina Palace, one of the most famous operas of the great German composer Richard Wagner «Tannhäuser» was staged in front of the masterpiece of architect Antonio Rinaldi on the Palace Grounds. 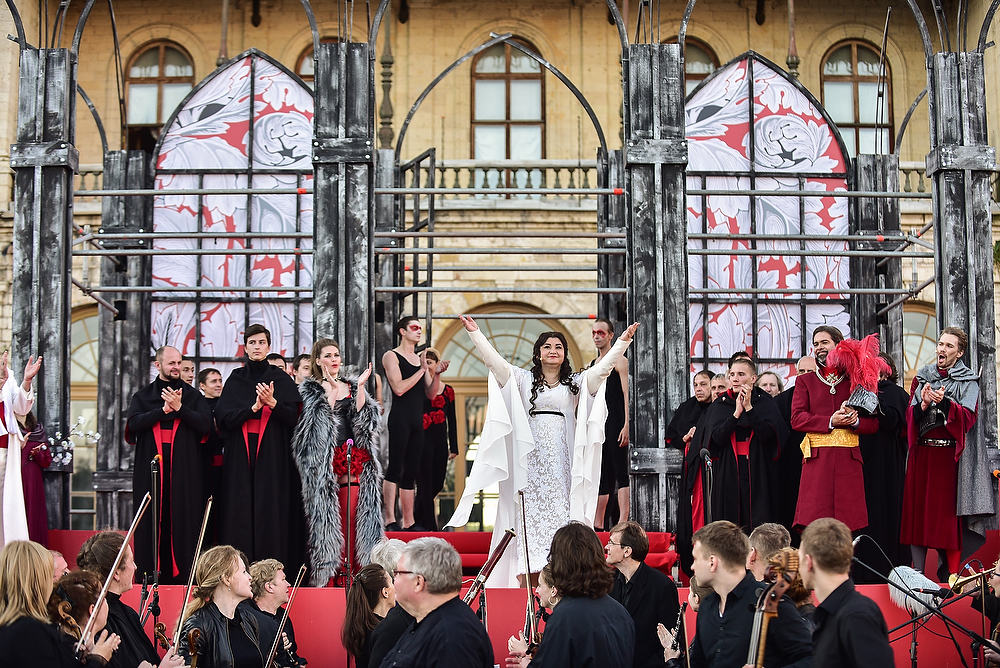 The choice of this opera was suggested by the character of “geniusloci”. The castle residence of the most romantic Russian emperor Paul the First, the emperor, who embraced the dignity of the grandmaster of the Maltese Knight Order, Gatchina buildings decorated with Maltese symbols – all of this ideally resonates with the romantic knight opera by Wagner, the main message of which is the worship of the ideals of Light, Kindness, and Justice, resisting temptation and redemption.

Much in this opera seems like it was specifically created for Gatchina and for remembering Wagner’s masterpiece today. Locations in the opera have counterparts in real topography of the residence: the grotto of Venus and Wartburg castle in the opera are similar to the grotto Echo and the emperor’s palace. And the contest of singer knights at the castle in the first act of the opera turns out to be a parallel to the traditions of the musical life of the Gatchina palace from Paul the First till the present day. «Tannhäuser» by Wagner was performed for the first time after a long hiatus – middle and young generations do not remember seeing this opera in St. Petersburg or other large opera theaters of Russia.

On July 19 at the Kirov Central Culture and Leisure Park on the Yelagin Island in front of the Yelagin Palace Prokofiev’s opera «Betrothal in a Monastery» was performed. This production was dedicated to the celebration of the 125th anniversary of the composer’s birth, which was held in 2016. 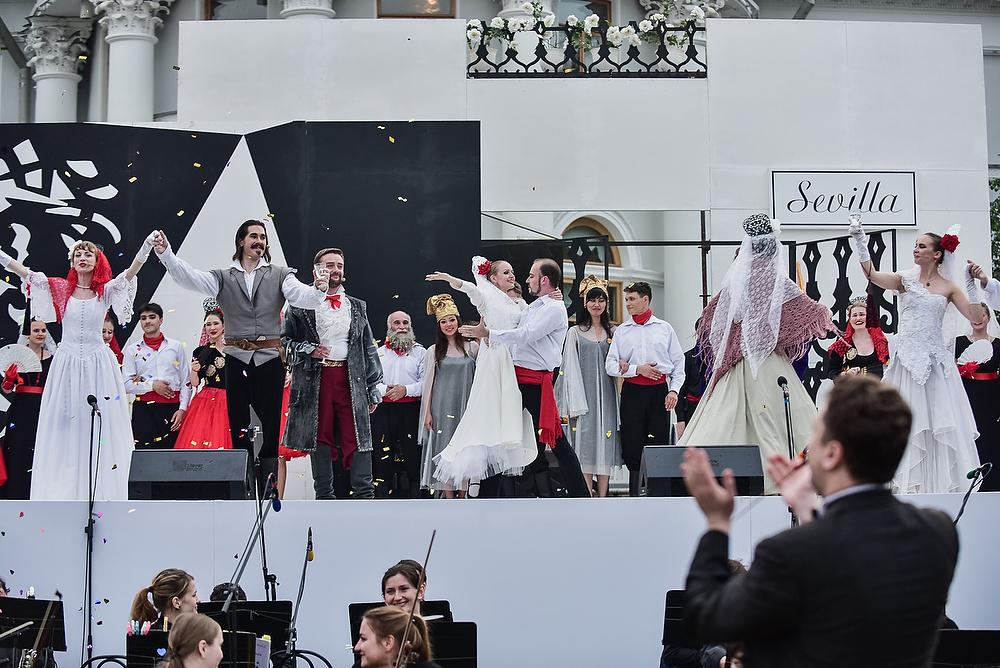 Prokofiev composed the music in a very short time – during the summer and the start of the autumn of 1940. The premiere was to take place in the Musical Theater named after K.S. Stanislavsky in the summer of 1941, but the Second World War didn’t let the performance happen. The first performance took place only in November 1946 at the Theater of Opera and Ballet named after S.M. Kirov in Leningrad and was warmly accepted by listeners and critique.

The «Betrothal in a Monastery» opera has a special place not only in Prokofiev’s work, but in the history of Russian Soviet musical theater as well. Alongside the accuracy of witty comedy sketches, affirmation of fair feelings of young lovers plays a large role. The poetical background of the development of the love affair (night carnival, Sevilla embankment, abandoned convent) gives the comedy a lifelike character. The music of the opera shines with humor, it captivates with its melodic beauty. The audience is fascinated by the plot, alive and full of funny surprises and different affairs, enchanted by sincere and lovely lyrical characters.

On July 23 at the main parade ground of the Catherine Palace in Tsarskoye Selo Mozart’s opera
«Le nozze di Figaro» was performed. This opera is one of the most popular works of the world opera repertoire that always brings joy to millions of listeners. The music of the opera shines with cheerfulness and joy. The dynamics of its dramatic composition, skillful ensembles, bright distinctive arias – all these have been unconditional components of its success with the audience for over two centuries. 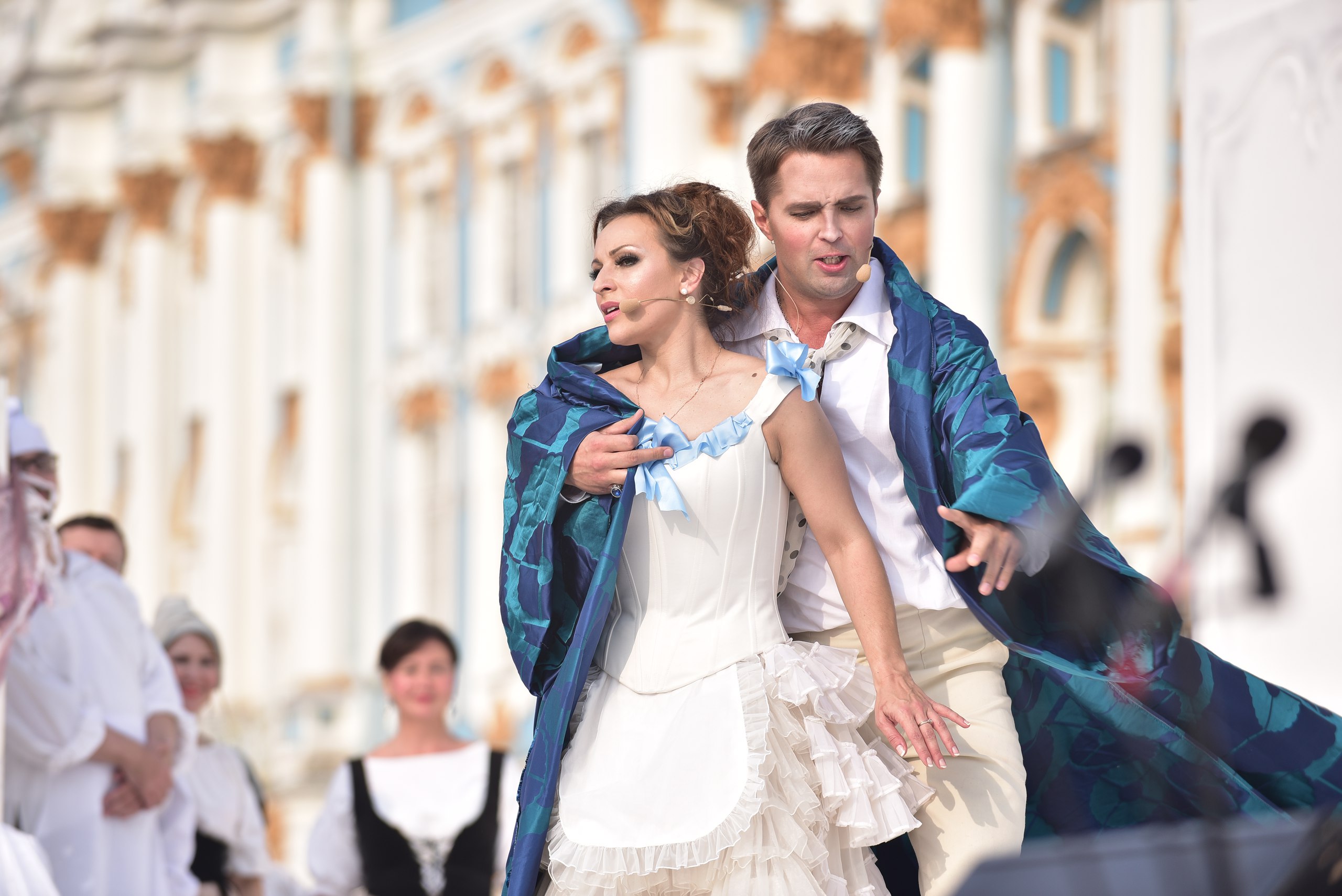