In the summer of 2019, the festival All Together Opera presented four opera performances to the St. Petersburg audience and city visitors. They included The Maid of Orleans by Tchaikovsky (July 12, Sobornaya Sq. of the Peter and Paul Fortress), La bohème by Puccini (July 14, Alexandrovsky Park in front of the Music Hall building), May Night by Rimsky-Korsakov (July 18, Yelagin Island) and Il Barbiere di Siviglia by Rossini (July 21, Main Courtyard of the Catherine Palace, Tsarskoye Selo). The operas La bohème and Il Barbiere di Siviglia were performed in the original language, according to tradition. 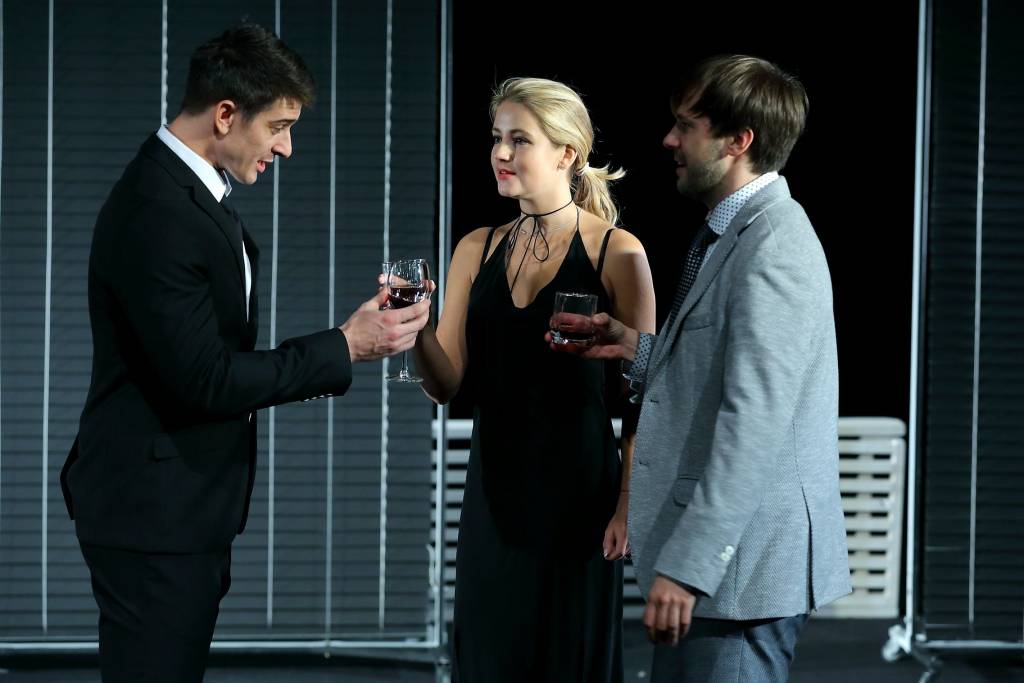 The festival operas were directed by Victor Vysotsky (Art Director of the Festival; The Maid of Orleans), Andrei Sidelnikov (La bohème), Olga Malikova (May Night) and Hans-Joachim Frey (Il Barbiere di Siviglia).The original scenery for the operas was created by stage designer Julia Goltsova, while Constantine Chuvashev and Sergei Naryshev were choreographers of performances.

The performances were led by the renowned conductors such as  Fabio Mastrangelo (Music Director of the Festival All Together Opera) and Vladimir Lande (Principal Conductor and Artistic Director of the Krasnoyarsk Academic Symphony Orchestra). The St. Petersburg Northern Sinfonia Orchestra of the Music Hall Theatre, Mariinsky Orchestra and St. Petersburg State Governor's Symphony Orchestra took part in the festival performances.

The Opera Choir of the St. Petersburg State Music Hall Theatre led by the Honorued Artist of the Russian Federation Valentina Kopylova-Panchenko and Opera choir led by Julia Khutoretskaya actively participated in the festival as well.

The Committee on press and media relations and the Chairman of the Committee V. V. Ryabovol personally have provided great support to the festival.

Traditionally, tourists have shown great interest for the festival programmes. Opera performances were attended by groups from Korea, China, Brazil, the USA, Spain, Germany, France, Portugal and other countries.

The All Together Opera festival remains socially-oriented, which is of crucial importance for the project’s regular audience and for all opera lovers. As it had been in previous years, admission to open-air performances was free. Inhabitants and visitors of St. Petersburg got a chance to enjoy the most popular operas of the world repertoire absolutely free.

The All Together Opera festival unfailingly boasts highly artistic productions, engaging in cooperation the best St. Petersburg orchestras and choirs as well as leading soloists of the St. Petersburg, Moscow and European musical theatres. The operas are performed in the original language.

Note: this year, the All Together Opera festival was held for the eighth time. In earlier years, the following operas had been staged under the festival: A Life for the Tsar and Ruslan and Lyudmila by Glinka, The Snow Maiden and The Golden Cockerel by Rimsky-Korsakov, The Demon by Rubinstein, Iolanta, Eugene Onegin, The Queen of Spades and Mazeppa by Tchaikovsky, Faust by Gounod, Il Trovatore and Rigoletto by Verdi, Fidelio by Beethoven, Turandot by Puccini, L'elisir d'amore by Donizetti, Don Giovanni and Le Nozze di Figaro by Mozart, Prince Igor by Borodin, Betrothal in a Monastery by Prokofiev, Tannhäuser by Wagner, Carmen by Bizet and Der Freischütz by Weber. Throughout all years of holding the festival, open-air performances gathered full houses. As roughly estimated, the festival’s opera performances were attended by over 170,000 persons during seven years. The festival persistently carries out its social mission: admission to all open-air performances is traditionally free.

The All Together Opera festival is aimed at helping the general public coming closer to the best things created by the human spirit. This can be done by means of opera, as opera is the most large-scale musical art in terms of the spectrum of tools. There are soloists, an orchestra, a chorus, and ballet in the opera. Opera can have an effect on spectators via graphic representation. In addition, the opera genre has its own hit songs able to win over the hearts of people if made easy-to-understand.

By tradition, the  All Together Opera festival presents its performances in the most beautiful architectural ensembles of St. Petersburg, making them real participants of the stage action, rather than in space of posh opera theatres. The architectural scenes of the city, created by various national schools and in different stylistic eras, are used by the festival’s stage directors as natural scenery and wings for musical and dramatic works of art.

The festival is an important beacon for tourists, many of whom prepare their cultural programmes for visiting St. Petersburg with regard to the All Together Opera calendar. This significant musical event of the St. Petersburg summer annually gathers a lot of spectators, including Russian and foreign tourists, at its venues.

All Together Opera puts emphasis on the status of St. Petersburg as the cultural capital of our country and impresses foreign guests in a most positive way. Annually, the most interesting and beautiful outdoor locations of our city are selected as venues for performances under the popular festival. Meeting the great art in magnificent architectural ensembles produces a special atmosphere and mood.

Over the years, the festival’s venues included Sobornaya Sqare of the Peter and Paul Fortress, Yelagin Island, Tsarskoye Selo, Gatchina, Alexandrovsky Park in front of the Music Hall building, and Saint Isaac's Square.

Information about the Sponsor:

Bank Saint-Petersburg is the largest bank of the North-Western region. The Bank was set up in 1990, and it has become an integral part of the Russian financial and economic sphere over the last years. As of 1 January 2019, the Bank rendered services to 2,090,000 individuals and 50,000 companies at 65 offices in St. Petersburg, the Leningrad region, Moscow, and Kaliningrad, including a representative office in Novosibirsk. According to the Interfax information and analytical agency, the Bank ranks 16th among Russian banks in terms of assets. The Bank’s shares have been traded since 2007 and are quoted on the top list of the Moscow Exchange under the BSPB code.