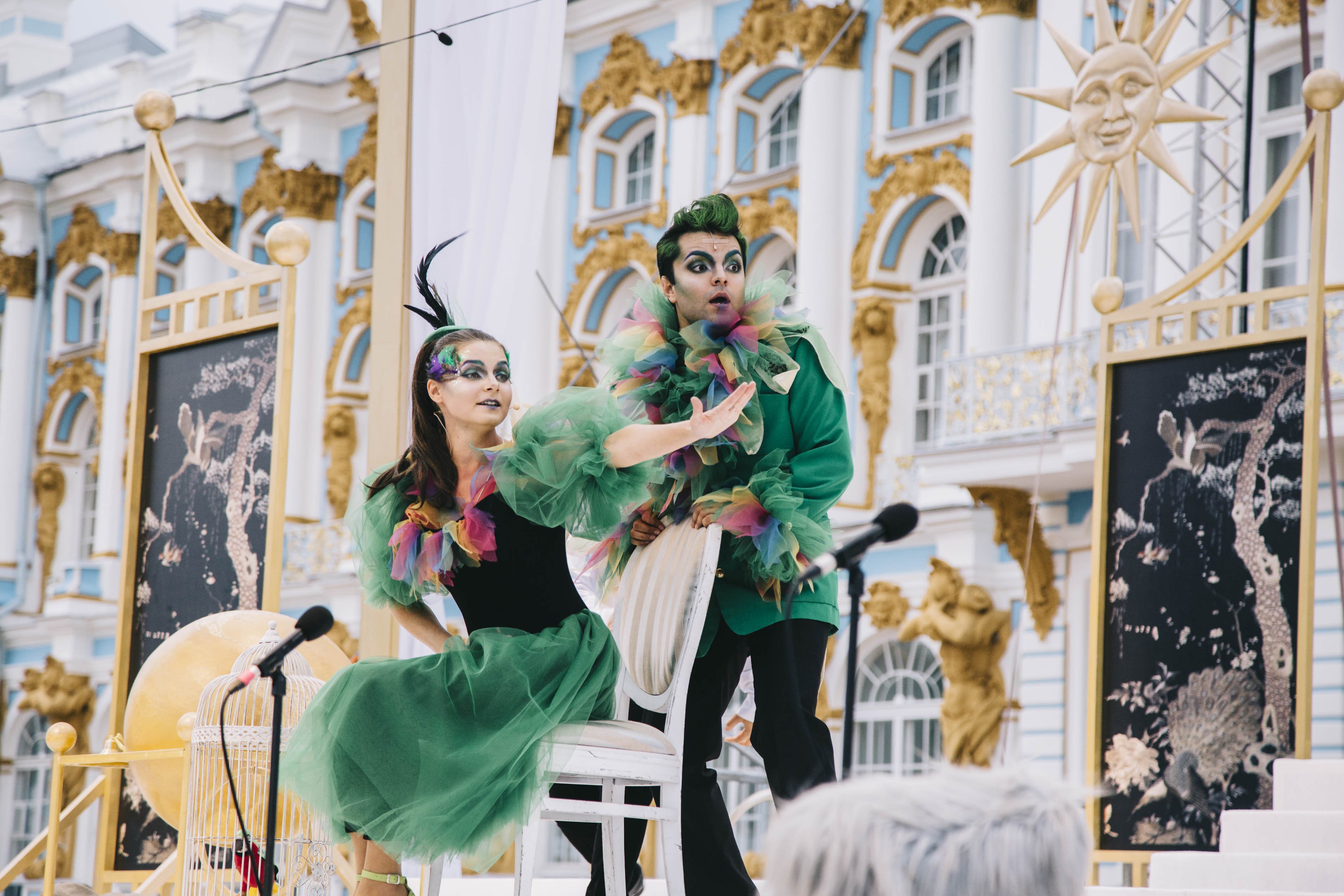 In the summer of 2020, the All Together Opera Festival presented four opera performances to the audience:

Boris Godunov by Mussorgsky (August 8, Sobornaya Square of the Peter and Paul Fortress), Rusalka by Dargomyzhsky (August 12, Yelagin Island), I Capuleti e i Montecchi by Bellini (August 16, Rastrelli Square in front of the Smolny Cathedral) and Die Zauberflöte by Mozart (August 22, Parade Square of the Catherine Palace, Tsarskoye Selo). By tradition, Bellini's rare masterpiece I Capuleti e i Montecchi and Mozart’s opera Die Zauberflöte were shown in its original language.

At the opening of the festival, the guests were welcomed by the Chairman of the St. Petersburg Committee for Culture Constantine Sukhenko, and the Vice Governor of St. Petersburg Alexander Belsky had the honour to close the festival. Performances I Capuleti e i Montecchi and Boris Godunov were attended by the Consul General of Italy in St. Petersburg Alessandro Monti. The national musical drama Boris Godunov by Mussorgsky was staged with support of the Ministry of Culture of the Russian Federation.

The narrator in Die Zauberflöte was played by the Honoured Artist of Russia Nikolai Smirnov. The festival productions also featured choirs such as Choir of the St. Petersburg State Music Hall Theatre led by the Honoured Artist of the Russian Federation Valentina Kopylova-Panchenko, choirmaster – Lev Dunaev; Opera Choir led by Julia Khutoretskaya and The Children's Choir of TV and Radio of St. Petersburg led by Igor Gribkov. 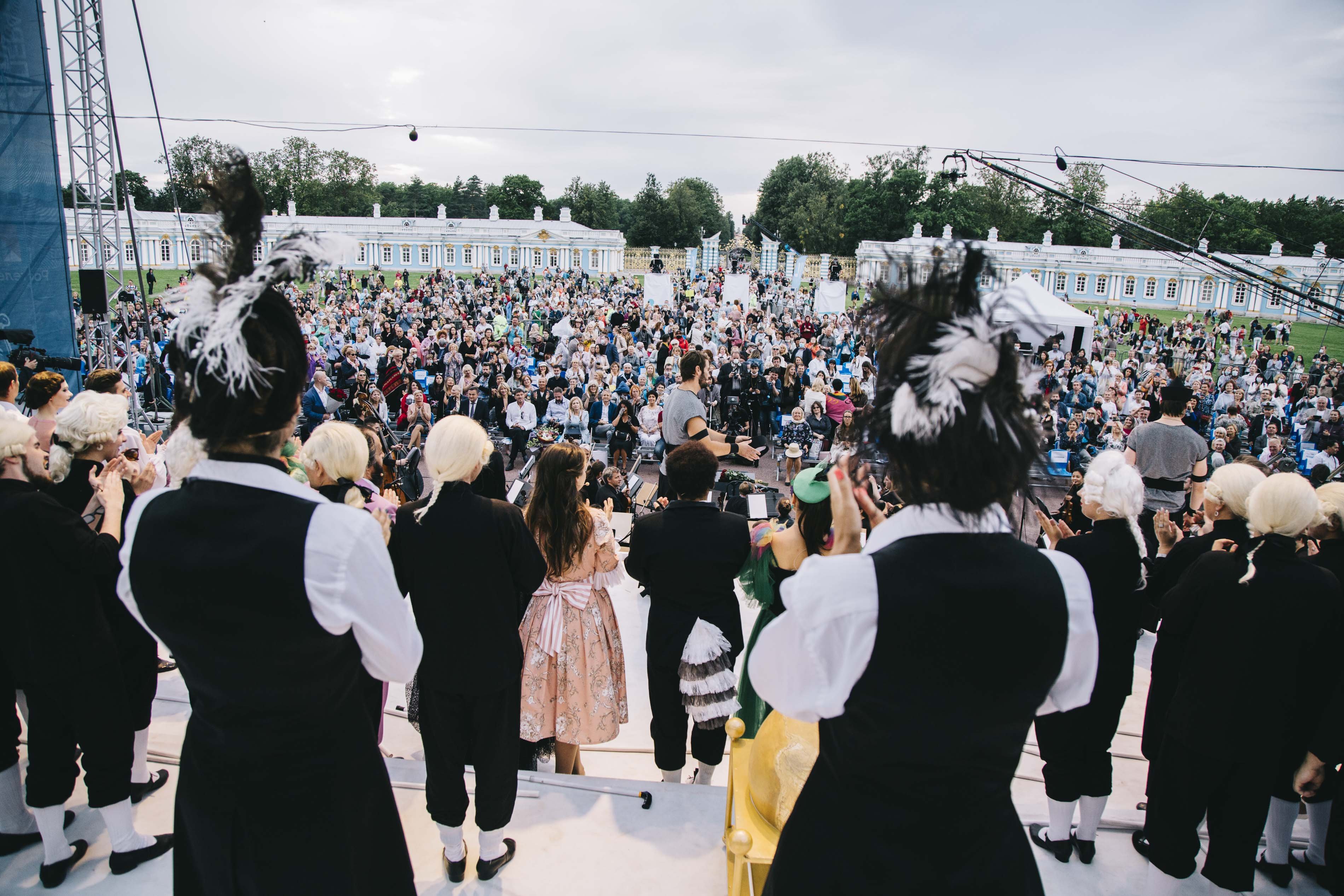 This year, several surprises had been prepared for the festival’s spectators. The opera performance I Capuleti e i Montecchi was enriched with impressive acrobatics, street dances and graffiti. In addition, some animals took part in the festival's productions, namely a German shepherd, two noble greyhounds and white doves.

In this trying time, the festival remained socially-oriented. Doctors from St. Petersburg hospitals, heroes of our time waging a relentless struggle against COVID-19, were invited to the opera performances.

The festival productions were demonstrated in compliance with all guidelines of Rospotrebnadzor (the Federal Service for Surveillance on Consumer Rights Protection and Human Wellbeing); the Safe Activities Standard had been developed and approved to fight against the spread of a new coronavirus infection in St. Petersburg during the All Together Opera Festival. People observed social distancing and used protective personal gear (face masks, gloves, hand sanitizers) during the shows.

Due to the complicated epidemiological situation and restrictions on the amount of spectators, online broadcasting became the major format for the All Together Opera Festival 2020. The TV channel Saint Petersburg transmitted the operas Boris Godunov and Die Zauberflöte live. In addition, online broadcasts were available on the Kultura.RF portal of the Ministry of Culture of the Russian Federation, on the website of the International project Russian Seasons, on the website www.spbdnevnik.ru and on a social network https://vk.com/spbdnevnik as well as on the website of the St. Petersburg State Music Hall Theatre. The opera I Capuleti e i Montecchi was broadcast live exclusively on the Russia-wide channel Vse TV available via the Wink platform. The application of modern technologies made the project as available as possible and expanded its audience notably.

Over 1 million people watched an online broadcast of the festival’s opening opera Boris Godunov by Mussorgsky. The audience of the opera Rusalka exceeded 400,000 spectators. About 300,000 viewers watched the opera I Capuleti e i Montecchi on TV and mobile screens. The audience of the festival’s closing opera Die Zauberflöte totalled nearly 600,000 persons.

The All Together Opera Festival events were actively covered by St. Petersburg and Russian mass media, for which the festival’s organizers express their gratitude to all the reporters and media executives. The festival was strongly supported by representatives of the Government of St. Petersburg, St. Petersburg Committee for Culture and Committee for the Press and Mass Media Cooperation as well.