Third festival took place in July 12 - 20, 2014 and was visited by 27 thousand people. The Music Hall Theatre became the special guest of the festival in 2014. The artist Yulia Goltsova was a production designer for all the performances within the framework of this festival.
At the Peter and Paul Fortress the spectators saw a bright toy-like town with towers and a wall, in the Alexandrovsky park – modern sets with a quote from the famous cycle of the Italian artist of XVIII century Piranesi “Prisons”, and the scenography on the Yelagin Island was based on fabulous playing cards, the three of which, as A.S. Pushkin wrote, “will win in a row..”.

July 12, Cathedral Square of the Peter and Paul Fortress
“The Golden Cockerel” by Nikolai Rimsky-Korsakov

The score of the opera “The Golden Cockerel”, based on the same-name fairy-tale by A.S. Pushkin, was finished in 1907 (a year before the composer’s death), but because of censorship it wasn’t staged during the author’s lifetime. The satirical nature of Pushkin’s fairy-tale turned out to be so enhanced and intensified in the libretto, that it created allusions to the political events of the beginning of the XX century.

“Fidelio” is a hymn to loyalty, an ode to the fight in the name of justice. To save her husband, treacherously put into prison, from death his wife puts on man’s clothes and gets hired as a prison guard, starting her struggle against tyranny. 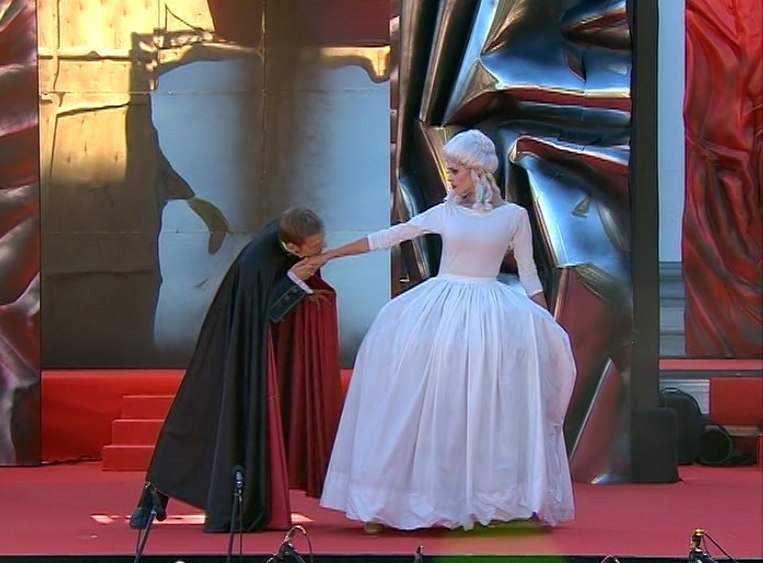 An opera in 3 acts (7 scenes) to a libretto by the composer's brother Modest Tchaikovsky, based on a short story of the same name by Alexander Pushkin, was created in Florence in spring of 1890. The premiere took place on December 7 (19), 1890 at the Mariinsky Theatre in St. Petersburg,