I St. Petersburg International Festival «All Together Opera»

First St. Petersburg International Festival «All Together  Opera» took place in July of 2012 and presented to the citizens and guests of St.Petersburg rarely performed masterpieces of the Russian opera classics, such as «A Life for the Tsar» by M. Glinka, «The Snow Maiden» by N. Rimsky-Korsakov, «The Demon» by A. Rubinstein and «Iolanta» by P. Tchaikovsky. 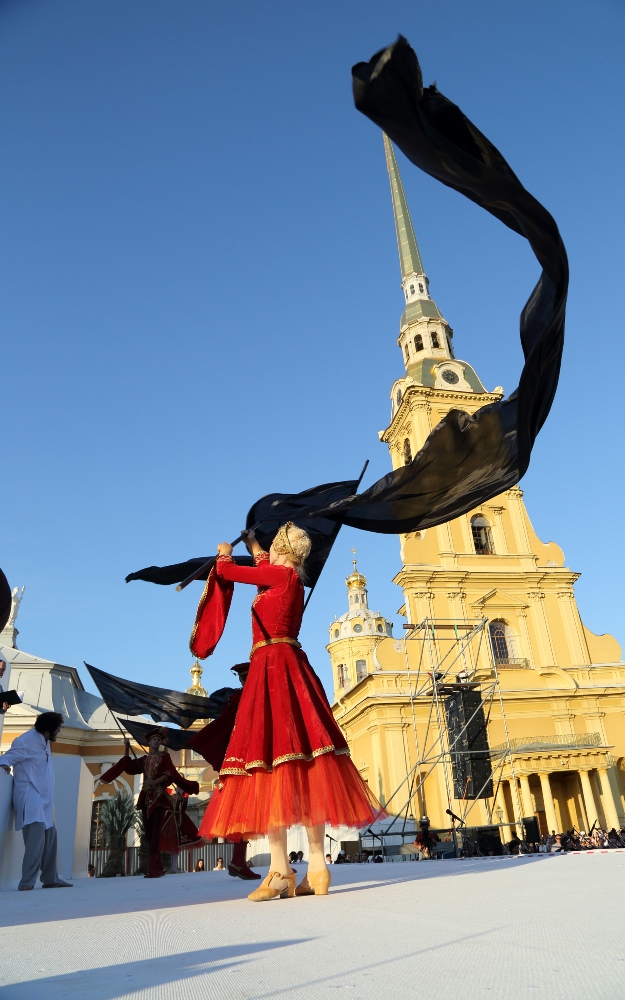 July 12, 2012 Cathedral Square of the Peter and Paul Fortress
«A Life for the Tsar» by M. Glinka
«A Life for the Tsar», or, as it is also called, «Ivan Susanin» is an opera by Mikhail Glinka in 4 acts with an epilogue. The libretto was written by Baron G. Rozen. The opera became the heritage of Russian art as the first Russian opera that had received worldwide recognition.

July 15, 2012 Yelagin Island
«The Snow Maiden» by N. Rimsky-Korsakov
An opera in 4 acts with a prologue by Nikolai Rimsky-Korsakov. The libretto was written by the composer himself, based on the A. Ostrovsky’s play of the same name.
Director – Irkin Gabitov
Conductor  — Sergei Stadler
Performers: Orchestra and Choir of the Petersburg-Concert, Eugene Akimov (Berendey), Anna Alkhimova (The Snow Maiden), Anna Nechaeva (Kupava), Olesya Petrova (Lel).

July 17, 2012 Yard of the Academic Capella «The Demon» by A. Rubinstein
Opera «The Demon» based on the poem of the same name by M. Lermontov was staged on January 25, 1875.
«The Demon» is the sixth opera by Rubinstein, which was destined to be the most successful one of his entire musical and theatrical legacy. The opera was shown more than 100 times in three years.
Director  – Victor Vysotsky
Conductor  – Oliver Weder (Germany)
Performers: Orchestra of the Opera and Ballet Theatre of the St. Petersburg  Conservatoire, Vadim Cheldiev (Demon), Olga Georgieva (Tamara), Nikolai Shamov (Prince Sinodal) 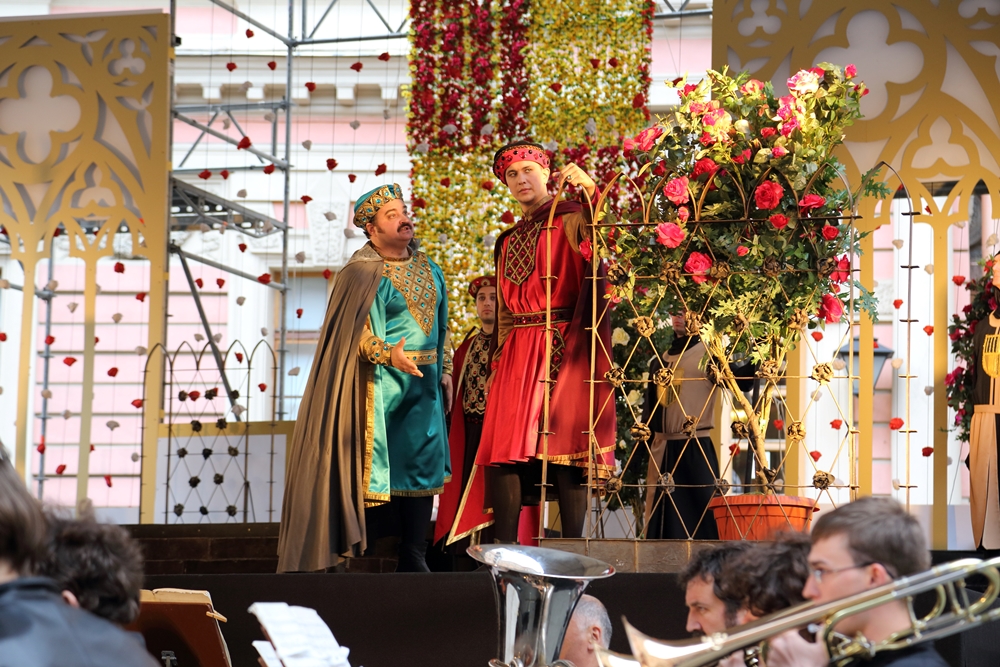 The magical tale of Iolanta, who was cured by love, obviously, held the truth about the unattainability of ideal feelings, painful for Tchaikovsky. Eternal darkness, where the daughter of King Rene lives peacefully and unaware of her misfortune, is a reflection of the mundane reality of human relationships to the composer.

All performances were playing to full houses. About 15.000 spectators attended the «All Together Opera» festival events in 2012.